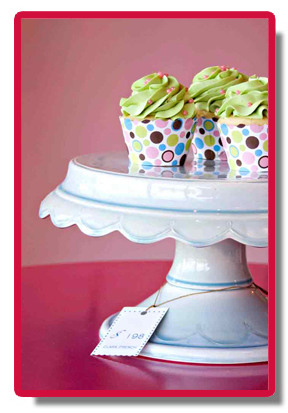 Q: How do I place an order?

A: Click on the order tab and that will tell you everything you need to know.

Q: Can I order any of your flavors any day of the week?

A: Yes you can, however you would need to order a minimum of a dozen of that flavor in our standard size cupcakes and 2-dozen in our mini size cupcakes. If you are ordering from the day of the week that you are picking up your cupcakes you can order those in any quantity that you would like.

Q: Is there a limit on the quantity of cupcakes I can order in the store?

A: We do not have a limit however we do have limited quantities in our special and seasonal flavors, therefore to ensure you receive the specific flavor and the quantity you are looking for we recommend placing an order ahead of time.

Q: Do you do custom orders for weddings and events?

A: Yes, we love every special occasion and welcome the opportunity to be part of your celebration. Our decorators can assist you with standard or customized designs. If you are looking for something customized, we recommend bringing some photo ideas so that we can best assist you with your vision.

Q: Do you do wedding tastings and consultations?

A: Yes, we do. Wedding tastings are complimentary for 2 individuals. Please contact one of our cupcake consultants and we can assist you with additional information regarding the tasting-consultation process.

Q: Do you ship your cupcakes?

A: Unfortunately, we do not. We have not yet found a way to ship our cupcakes and keep them from arriving in a not so fashionable manner.

Q: Do I have to refrigerate my cupcakes?

Q: Do you have Gluten Free, Vegan or Sugar Free cupcakes?

A: We do have Gluten Free and we offer a small variety of flavors to choose from in the shop each day of the week. We can bake any of our cupcake flavors in Gluten Free by special order only with a minimum purchase requirement of 6 of that cake flavor. Frostings selections may be varied. We are currently working on a vegan option and we have no plans to offer a sugar free option.

Q: Why the name New York Cupcakes, and are you from New York?

A: I would love to say I was from New York since it is one of my favorite places to visit but I am not. (East Coast yes, New York no.) The name was inspired after the cupcake craze that originated in NYC after the Magnolia Bakery was featured on an Episode of Sex and the City. New York was exploding with cupcake shops after that and a vision was sparked to open one of those fun little New York Cupcake shops only 3,000 miles away in the much smaller city of Bellevue, Washington.